Boredom sucks. So, say you're sitting at home with nothing to do. That's boredom. And that sucks. So, I have searched the internet for ages looking for a way to beat boredom, and I think I've come up with a solution. MouseHunt. MouseHunt rocks! Right, Jeff? MouseHunt is a Facebook application. You're given money to build a mousetrap and buy cheese, then you earn money and points for catching mice. And there's tons of different mice, including a Pirate mouse. A freakin' pirate mouse! How awesome is that?! If in my afterlife, if I'm forced to be a mouse, I wanna be a freakin' pirate mouse! And you can win real prizes too! Stuff like cash and iTunes gift cards! That way, you can buy some music to listen to while you continue to play MouseHunt. Official Orange fully supports the MouseHunt application. As an ode to MouseHunt, I wrote a review and posted it on the application page, but since at the moment, you're probably to lazy to go there and read it, here it is. 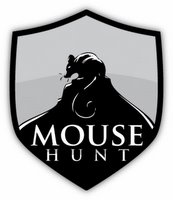 "5 Stars, Quite Addicting, but I have a small problem. So, this game is great. Do not underestimate it, because it is great. I seem to be having a slight problem though. Mousehunt is VERY addicting, and thus, I spend a lot of time sitting in front of the computer hitting the refresh button. It seems my body dumped an ability, once it found Mousehunt. My body no longer warns me when I have to use the restroom. Now, as you can imagine, this creates a small problem. My mom is angry, to say the least, when she sees my little presents in my underwear, and it's all thanks to Mousehunt. Hitgrab, you made a great game, but maybe a little too addicting. Sometimes I forget to eat, which helps my defecation problem, but I might end up removing the app. before I am forced to spend hundreds of dollars on undershorts. -.-

There is an upside to my problem. Mousehunt offers real prizes, like cash money! Maybe, just maybe, I will win a real prize, and be able to afford to continue my addiction. Boxers ain't cheap."

If you're interested in the MouseHunt application (which you better be by now), click the link below to go to the application page, so you can add it too! Just click here!